Swiss Politicians Want to Limit Immigration. But the Population Is Not 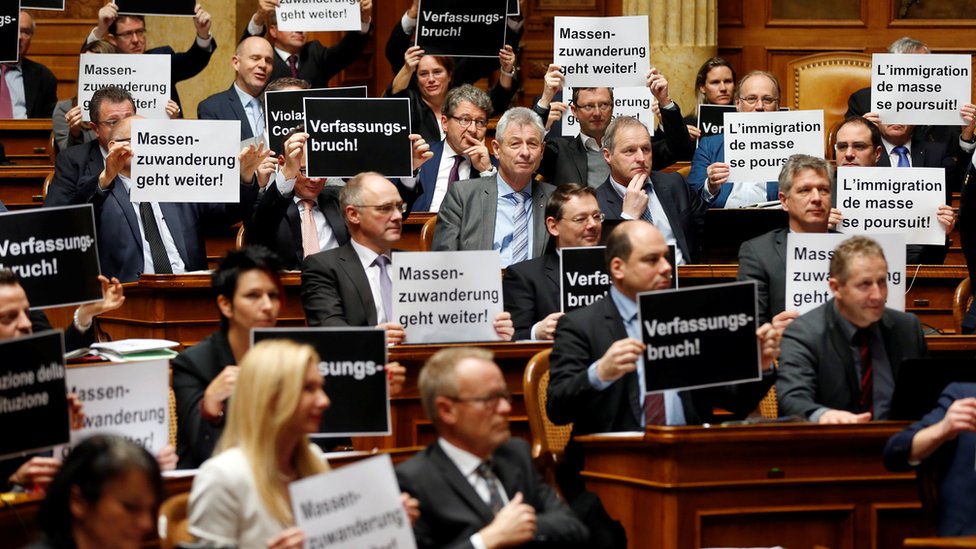 Already this week, on September 27, the citizens of Switzerland will take part in a referendum in which they will have to answer whether they want to break the agreement with the European Union on the free movement and resettlement of its citizens in this country.

Swiss Politicians Want to Limit Immigration. But the Population Is Not; According to prian.ru , the Swiss People’s Party (SVP), the largest in the country’s parliament, has launched a referendum on the return to the Swiss authorities of the right to more independently (and, apparently, conservatively) regulate labor migration. It is proposed to break the agreement with the EU, which allows its citizens to move freely and settle in the territory of the Confederation and, accordingly, Swiss citizens to do the same in the European Union.

The portal notes that since the start of the agreement on free movement with the EU in 2002 by 2019, the population of Switzerland has increased by 1.3 million people. Mainly due to immigrants, and the bulk of immigrants were citizens of the EU, Iceland, Norway and Liechtenstein. In 2019, 68% of the 2.1 million foreigners permanently residing in Switzerland were from the EU. At the same time, more than 450,000 Swiss live in the European Union.

The SVP argues that immigration poses a threat to Swiss culture, Swiss citizens in the labor market (young foreigners force older local employees out of the labor market), increase the shortage of housing and increase prices for it, and in general they spoil the living environment.

At the same time, public opinion polls show that the local population is not eager to close themselves off from foreign workers. According to gfs.bern, 63% of respondents oppose the proposal of the Swiss People’s Party. Supporters of keeping the EU deal warn that if implemented, many sectors of activity will lose skilled workers (especially in healthcare or pharmaceuticals), and local businesses may lose access to the EU’s crucial single market.