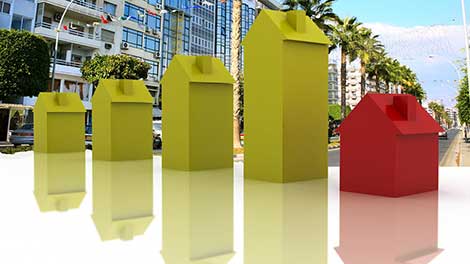 Foreign Demand for Property in Cyprus Collapsed; Sales of Cypriot property to foreigners in the first 6 months of the year decreased by 62% compared to the same period in 2019. If then 2482 transactions were made with the participation of foreigners, this year only 1391 objects were sold. At the same time, 448 buyers represent the countries of the European Union (EU), and 943 are citizens of states outside the EU. Last year, these figures were 751 and 1,731 respectively.

Paphos became the most popular city among foreign buyers for half a year. It accounts for 533 transactions, of which 188 are from EU residents and 345 from third countries.

In second place is Limassol. Foreign buyers purchased 378 properties there (268 from third countries, 110 from EU countries).

Most experts believe that the decline in the number of transactions with foreign clients is due to the inability for representatives of a number of countries to come to Cyprus and study the facilities due to the coronavirus pandemic.

Earlier it became known that the Cypriot authorities are conducting a legal assessment of the issuance of “golden” passports to fugitive Russian bankers, the Ananyev brothers.

It is assumed that in the near future the rules for granting and revoking Cypriot passports will become tougher.