In Switzerland, Naturalization May Be Denied … Because of Clothing 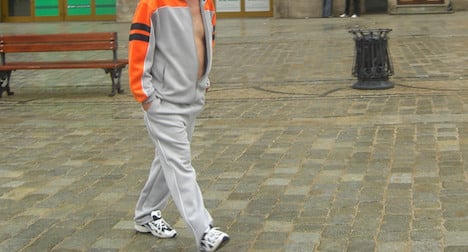 The commune of Bubendorf in Switzerland does not grant citizenship to the Kosovar due to the fact that he often wears “sweatpants”.

In Switzerland, Naturalization May Be Denied … Because of Clothing; The Swiss Nasha Gazeta writes that for naturalization in Switzerland, you need to have a good reputation, be fluent in one of the official languages, be well versed in the history and culture of the Confederation, and even all this may not be enough to get a country passport. At least, this is the situation that Kosovar Hamdi Khalili found himself in, who for several years has not been able to become a full-fledged citizen of Switzerland due to inconsistency with the “dress code”.

The Khalili family fled Kosovo for Switzerland in 2005 and found shelter in Bubendorf after 171 locals voted for the Kosovars to stay. “According to the parable of the Good Samaritan, our task is to help our neighbors,” Pastor Christoph Monsch, who initiated the assistance to the Kosovars, explained to the Basellandschaftliche Zeitung.

Since then, Hamdi’s wife Khalili and his two sons have naturalized, but he himself can’t get a passport. Despite the fact that, as the newspaper notes, the man meets all the requirements: he knows the language, works, and is fully integrated into the local society. The reason for the refusal of naturalization was that the man often walks around the village in sports trousers.

Perhaps a funny (although hardly funny for Hamdi himself) story may not have a funny background.

“I think that the point is xenophobia, the desire to demonstrate power under the motto “Let’s show them” and a response to the provision of church asylum,” Nasha Gazeta quotes one of the local residents in an interview with Basler Zeitung.

Other publications also mention possible hidden motives: perhaps some villagers still cannot come to terms with the fact that the Khalili family was actually illegal in Switzerland for some time, and references to appearance are most likely only a pretext.

And although in August of this year the authorities of the canton ordered Bubendorf to naturalize the Kosovar, since all the conditions for obtaining citizenship on his part have been met, and there are no legally justified reasons for refusal, in September it became known that the commune intends to appeal this decision to a higher authority.