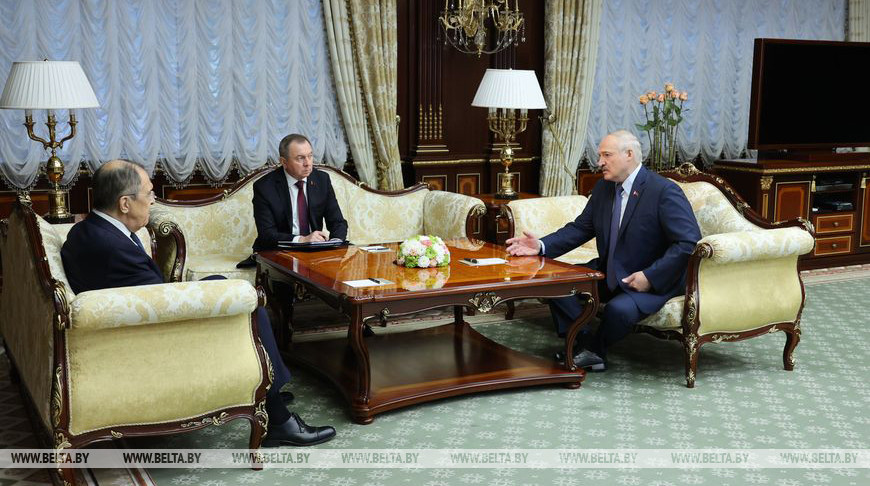 “Gone Drunk”: Lukashenka Ordered to Pick up Cargo Traffic From Lithuania; The head of Belarus, Alexander Lukashenko, instructed the government to make a proposal on the reorientation of Belarusian cargo from Lithuanian ports to other countries. In his opinion, 30% of the Lithuanian budget depends on the transit of goods from Belarus.

“They snickered and forgot what Belarus is. And they thought that they could tilt us, scare us with tanks, rockets … Let’s see who else will scare whom. We will show them what sanctions are,” Lukashenka said.

He also noted that the European countries should not count on Belarus’ assistance in transporting sanctioned (in Russia) products: “If they have bartered through us to China and Russia, now they will either fly through the Baltic or the Black Sea to trade with Russia and so on. . And for sanctioned products – even if they don’t dream. We will show them what sanctions are,” the president said.

In addition, Lukashenka recalled that Belarus has already gone through sanctions. “The world is not without good people. Therefore, there is no need to scare us,” Lukashenko said.

In his opinion, protest moods in society are fading away, so it’s time to deal with the economy.

Recall that on August 9, presidential elections were held in Belarus. According to the CEC of the republic, more than 80% of the voters supported the incumbent leader Alexander Lukashenko. For the main competitor – Svetlana Tikhanovskaya – about 10% of voters cast their votes. The opposition has not recognized the results of the elections and holds regular demonstrations. The largest rallies are held on Sundays in Minsk and gather hundreds of thousands of participants. Lukashenka’s victory was also not recognized by many countries of the world, including the EU states, Canada and the UK. EU countries are going to impose personal sanctions against officials involved in electoral fraud and forceful actions against protesters.

Some countries offer assistance in the relocation of Belarusian citizens. In particular, Latvia has prepared a special program for the transfer of business from Belarus.